Student housing a solution to the housing crisis

YOU ARE HERE:Home/Blog, Media Advisories/Student housing a solution to the housing crisis

Student housing a solution to the housing crisis 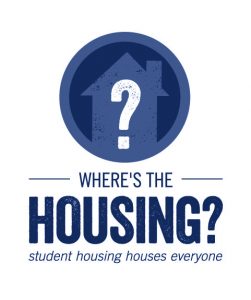 NORTH VANCOUVER – The Alliance of British Columbia Students (ABCS) released research today outlining the way that a minor change in government policy would unlock nearly two billion dollars in new housing in British Columbia. The Capilano Students’ Union (CSU) contributed to the research effort, and the data indicates that for only $18 million dollars per year over a ten-year period, the government could enable the construction of over 20,000 units of rental housing in the form of student residences.

“We think it’s a huge untapped possibility, and would go a long way to fixing the housing market in Metro Vancouver,” said Sacha Fabry, vice-president of external relations for the CSU. “All that’s holding this back is a thin line of red tape, stopping universities from building the housing our cities badly need.”

The effect on Capilano University would be profound. The housing market is so constricted on the NorthShore that students are beginning to live farther and farther from campus. This reduces their quality of life and further chokes the congestion on the Ironworkers Memorial Bridge. Pulling students out of nearby rental markets, or those as far away as Burnaby, Coquitlam, or Surrey, opens up  rental opportunities for others, helping the entire region.

Because of government regulation, there have been almost no new residence spaces added to BC universities, other than at UBC, over the past ten years. In that same time, student population has increased significantly, including international students.

“We keep hearing stories from our students, living out of their cars, or spending 50, 60 or even 70% of their income on rent,” said Jullian Kolstee, CSU president. “Students just can’t afford to live in this region, and the province has all of the power to change that.”

The ABCS has launched a campaign called “Where’s the Housing?” that can be found at wheresthehousing.ca, calling on the government to strip the red tape that prevents students from getting out of the rental market and onto campus. There are a number of events planned through September to continue to highlight this campaign and the dire need for more housing in Metro Vancouver. 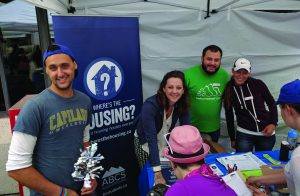 CSU volunteers collect signatures for the “Where’s the Housing?” campaign 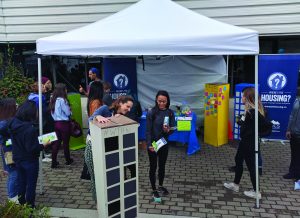 The “Where’s the Housing?” campaign tent at the Capilano University Street Party on September 6, 2016